Three partners came together to make the Nashville Internet Exchange a reality. DevDigital, 365 DataCenters, and Peace Communications all play important roles in launching and maintaining the exchange. 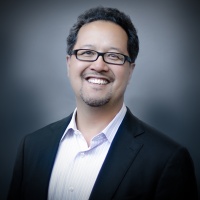 Keao Caindec has worked in the technology and data industry for many years. He is currently responsible for marketing, product management, partnerships and sales at 365 Data Centers. Prior to 365 Data Centers, Keao served in senior roles at Dimension Data, OpSource, Reliance Globalcom, and many more. 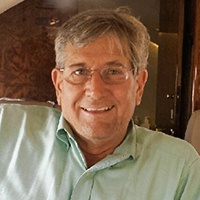 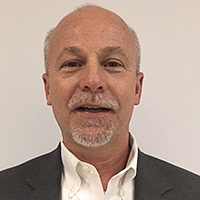 Jim Peace is a successful entrepreneur with a proven track record in building and operating technology businesses. He built a telecommunications company from the ground up and in less than 10 years creating a multi-million dollar base of business which he sold in 1999. Under Jim's leadership, Peace Communications has built a successful track record providing support services including sales engineering; network operations center support; and network engineering. 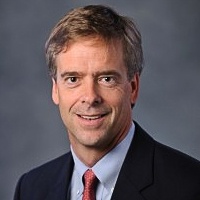 In his role as CEO & President of Launch Tennessee, Charlie takes a statewide approach to connecting people and fostering collaboration to enhance entrepreneurship in Tennessee.

In 1998, he helped establish Foxmark Media and grew it into one of the nation’s leading mall advertising companies. As the CEO and largest shareholder, he structured three rounds of private financing before selling the company in 2006 to Australia-based EYE Corp., one of the world’s leading out-of-home media companies. After selling Foxmark, Brock helped launch FourBridges Capital Advisors, a lower-middle market investment bank based in Chattanooga where Brock now serves on the board of directors.

Charlie was also a founding partner of the Chattanooga Renaissance Fund, Chattanooga’s first organized angel fund, as well as the CEO of CO.LAB, a Chattanooga accelerator that provides advice and mentoring services to entrepreneurs and runs the summer GIGTANK program. He is an organizer and director of CapitalMark Bank and Trust in Chattanooga and also serves as a director of The Dixie Group and Park Media Software.

Michael has extensive experience in healthcare innovation, entrepreneurship, and startup venture coaching. He served as President of ParadigmHealth, a provider and integrator of care and disease management services for health plans and employers, from 2001-2007. He also founded and served as President of Theraphysics, a venture-backed specialty healthcare firm managing rehabilitation services, from 1992-2000. He is founder and Director of the Accelerator Summer Business Institute, a 4-week intensive immersion program designed to challenge undergraduate students to develop their own personal brands and business skills.

At the Owen Graduate School of Management, Michael teaches healthcare innovation and strategy. He is passionate about helping the creative class transform their ideas into real businesses, and looks to the Entrepreneur Center as an opportunity to revolutionize Nashville’s entrepreneurial ecosystem and creative venture development on a large scale. Michael received his PhD in Healthcare Administration from the Medical University of South Carolina in 2003. 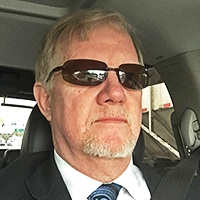 Richard Eller has deep technology industry experience. Entrepreneur, company officer, Board of Directors, Management and business development for 29 years and specifically focused on the Telecommunications sector for the past twelve years. Richard is based in Nashville, TN and works with many companies, Healthcare, music focused, media companies along with major universities and Fortune listed businesses. With a background forged from technology companies such as IBM, 3M, and Motorola.

When not doing business, Richard spends time with family, with special attention paid to his granddaughters and nephew. Attending all the pro sports in Nashville and cycling the Greenways of Nashville. 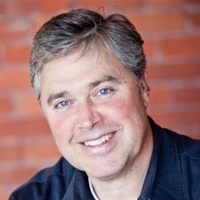 Formerly, Fetherling served as President/CEO of the Nashville Technology Council. He has led the Technology Council through a growth phase that includes a re-branding of the 10 year old organization and increased membership by 29% and revenue by 89%. The organization served more than 400 companies connecting 23,000 tech workers in Middle Tennessee. In addition, he helped launch the Nashville Entrepreneur Center in partnership with the Nashville Area Chamber of Commerce. 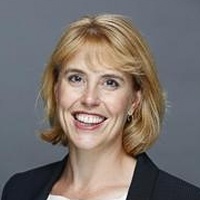 Hayley Hovious is the president of the Nashville Health Care Council. Prior to her appointment as president, Hovious served as the executive director of the Council Fellows, an initiative designed to engage select senior industry executives to explore new business strategies and meet the challenges facing the U.S. health care system in the years ahead.

A Nashville native, Hayley previously served as trade director at the Tennessee Department of Economic and Community Development's International Division in November 2012 to develop and manage the state's new export initiative which seeks to increase exports from Tennessee's small and medium size businesses. Prior to joining ECD, Hayley worked in technology startups in the Nashville area and was a brand manager in the consumer packaged goods industry in California for both Mattel and E.J.Gallo Winery. Hayley graduated cum laude from Smith College in Northampton, MA with B.A. in Comparative Religion and Biblical Literature and earned her MBA from Vanderbilt University's Owen Graduate School of Management where she was inducted into the Beta Gamma Sigma honor society. She serves on the board of Middle Tennessee Books from Birth and is an alumnus of the 2013 class of Nashville Emerging Leaders. 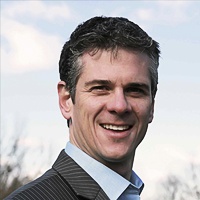 Bryan has lived in Tennessee the majority of his life and a Nashville resident since 1995. Prior to the Nashville Technology Council, Bryan worked at Microsoft for 8 years. Bryan has held previous positions as a mentor, product manager, developer and business development. Bryan has been active in the startup community by being a mentor JumpStart Foundry and Entrepreneur Center and investor in three startups. He sits on multiple community boards including the Lipscomb University SCI advisory board, Nashville State Foundation, Women in Technology and Nashville Entrepreneur Center. 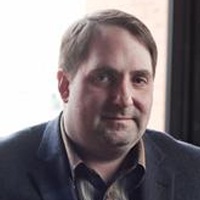 Chris is chair of the Firm's Emerging Companies Group and focuses his practice on start-ups and other emerging businesses and also handles complex software and other IT transactions for both small and large companies alike. He helps many early-stage, high-growth businesses with business planning and formation, venture capital funding, drafting and negotiating vendor and customer agreements, strategic contract negotiations, mergers and acquisitions, intellectual property protection and other general business law and intellectual property law issues. He often serves as outside general counsel for these types of companies.

Chris regularly represents both technology and brick-and-mortar clients in connection with software, IT and other vendor contract negotiations, including software and health care IT transactions valued as high as $100 million. He regularly counsels hospitals and other health care providers on IT and intellectual property issues. Chris takes pride in providing his clients with practical, cost-effective advice tailored for each client's unique business objectives. He is actively involved in the technology and entrepreneur communities, and he is a frequent author, speaker, board member and leader in that community.

He is actively involved in the Nashville Technology Council and currently serves as general counsel. Chris was a member of the Nashville Chamber's Partnership 2010 Entrepreneurship Task Force and serves on the advisory board for the Nashville Entrepreneur Center. He is a long-standing member of the executive committee of the Tennessee Bar Association's Intellectual Property Law Committee.

Chris is a frequent speaker and contributor to CLE seminars, Nashville Area Chamber of Commerce, Nashville Technology Council events and other similar events. 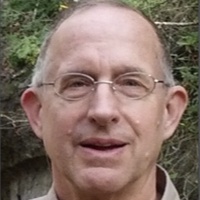 CEO of enfoPoint Solutions, a leading provider of advanced routing and switching solutions in the Southeastern United States. Tom has 25+ years experience as a leader in telecommunications and data networking industry. He has been a key executive most recently in Cybera, Inc, Franklin, TN, Intermedia Communications, Tampa, FL, and Verizon Business, Tampa, FL. Tom currently resides in Brentwood, TN. 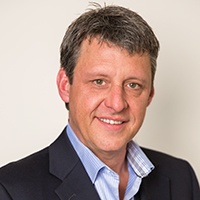 Robert Swope is a CEO, President, Executive Producer, Producer, Director, Editor, Writer and Performer who, since a very early age, has been exposed to an extensive array of entertainment management and production. Performance led to producing live event entertainment during the eighties.

Robert has performed jazz trumpet with The Atlanta Symphony Orchestra and The Buddy Rich Orchestra, and banjo with Roy Acuff and Bill Monroe. Robert has co-produced live events for Coca-Cola, IBM, Georgia Pacific and AT&T, and the NFL.

He is a member of NATAS, NATD, and is a founding board member of Film Nashville and Film-Com. He produces multiple charity events each year for the City of Nashville including the Arts & Business Councils Bowtie Awards, The Annual Music City Corporate Band Challenge, Film-Com, Kars4Kids, the Global Action Summit, and other city-wide events.

Swope is honored to be the Nashville Metro Councilman representing District 4 in Davidson County. Elected in 2015, his term runs for four years. 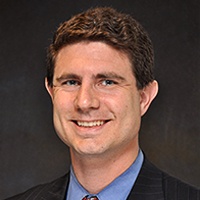 Matt is the Director of the Mayor's Office of Economic and Community Development where he assists Mayor Karl Dean in recruiting new businesses to Nashville, helping existing businesses expand here and working to ensure that the environment in the city is conducive to long-term economic growth.

Prior to joining the Mayor’s Office in 2011, Matt was a Director of Investment Banking at Avondale Partners and an Investment Manager at NEST-TN, a venture capital firm.  Matt returned to Nashville in 2005 to join Avondale Partners after spending ten years working in investment banking and venture capital in New York and San Francisco.  A Nashville native, Matt is a graduate of Hume-Fogg and Dartmouth College. 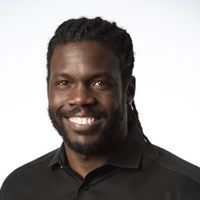 As a committed citizen of Nashville, Marcus serves on the board of the Nashville Entrepreneur Center and the historic Belcourt Theater, as well as serving as Chairman of Nashville FC, the cities first membership based soccer team. Marcus has been a member of Leadership Music and is now a class member of Leadership Nashville. He was also recently selected to participate alongside 42 other activists in a DesignShop™ at the Nelson Andrews Leadership Lodge to design a FutureReady Nashville. He was born and raised in Brooklyn, NY, but he planted his roots and blossomed in Nashville, TN.